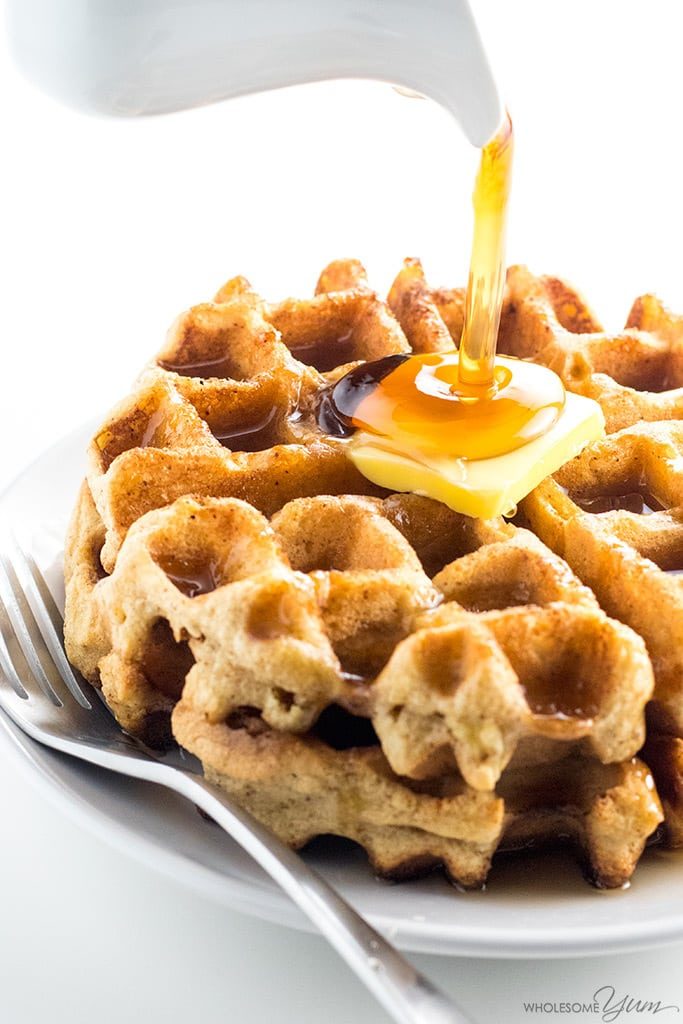 Low carb waffles can be just as good or better than wheat flour ones. These delicious almond flour waffles can be made ahead and frozen for quick and easy breakfast.

For this recipe, I modified a standard waffle recipe to use almond flour instead of regular wheat flour. The recipe came from an old Better Homes and Garden cookbook.

I also have a coconut flour waffles recipe if you don’t have almond flour. But you do need more eggs when using coconut flour.

Sometimes modifying a standard recipe works out well without having to make too many other changes. And I didn’t change much to create these almond flour waffles from a regular cookbook recipe.

However, I end up increasing the number of eggs slightly when I used ground almonds instead of regular flour. I also found that adding a little xanthan gum adds a little elasticity like gluten.

But the xanthan gum isn’t necessary. It just gives these low carb waffles a texture that’s more like regular wheat flour ones with gluten.

I’ve spent a long while trying to figure out a noncream cheese based pancake/waffle mix and after enough experimentation, I believe I’ve figured it out! I’ve almost literally just copied a normal flour waffle recipe and translated to Keto friendly, and adjusted portions so it cooks right.